When my husband died, because he was so famous and known for not being a believer, many people would come up to me-it still sometimes happens-and ask me if Carl changed at the end and converted to a belief in an afterlife. They also frequently ask me if I think I will see him again. Carl faced his death with unflagging courage and never sought refuge in illusions. The tragedy was that we knew we would never see each other again. I don't ever expect to be reunited with Carl. But, the great thing is that when we were together, for nearly twenty years, we lived with a vivid appreciation of how brief and precious life is. We never trivialized the meaning of death by pretending it was anything other than a final parting. Every single moment that we were alive and we were together was miraculous-not miraculous in the sense of inexplicable or supernatural. We knew we were beneficiaries of chance. . . . That pure chance could be so generous and so kind. . . . That we could find each other, as Carl wrote so beautifully in Cosmos, you know, in the vastness of space and the immensity of time. . . . That we could be together for twenty years. That is something which sustains me and it’s much more meaningful. . . . The way he treated me and the way I treated him, the way we took care of each other and our family, while he lived. That is so much more important than the idea I will see him someday. I don't think I'll ever see Carl again. But I saw him. We saw each other. We found each other in the cosmos, and that was wonderful. 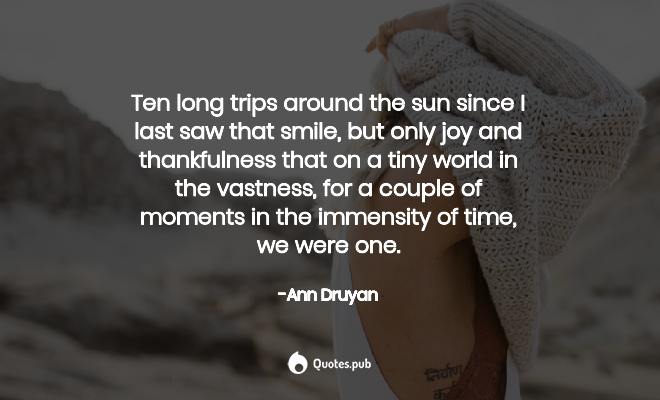 Ten long trips around the sun since I last saw that smile, but only joy and thankfulness that on a tiny world in the vastness, for a couple of moments in the immensity of time, we were one.

It takes a fearless, unflinching love and deep humility to accept the universe as it is. The most effective way he knew to accomplish that, the most powerful tool at his disposal, was the scientific method, which over time winnows out deception. It can't give you absolute truth becaus . . . Read more 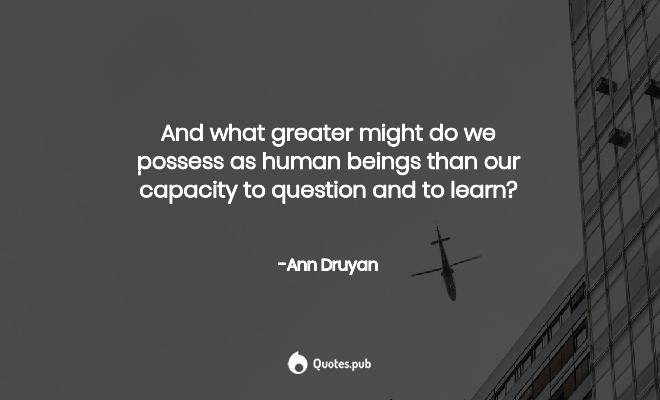 And what greater might do we possess as human beings than our capacity to question and to learn?

Download
Science has carried us to the gateway to the universe. And yet our conception of our surroundings remains the disproportionate view of the still-small child. We are spiritually and culturally paralyzed, unable to face the vastness, to embrace our lack of centrality and find our actual . . . Read more 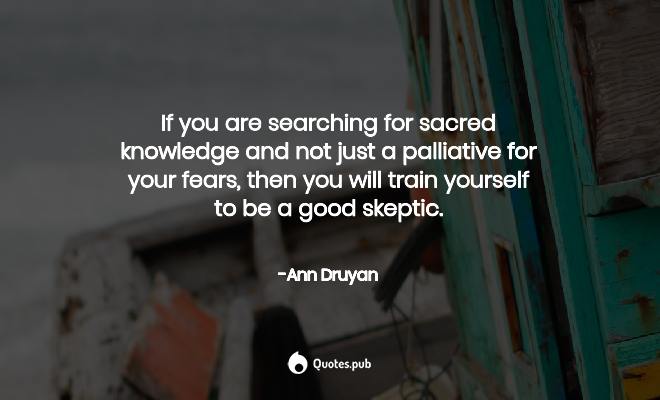 If you are searching for sacred knowledge and not just a palliative for your fears, then you will train yourself to be a good skeptic.

Download
The aspirations of democracy are based on the notion of an informed citizenry, capable of making wise decisions. The choices we are asked to make become increasingly complex. They require the longer-term thinking and greater tolerance for ambiguity that science fosters. The new econom . . . Read more 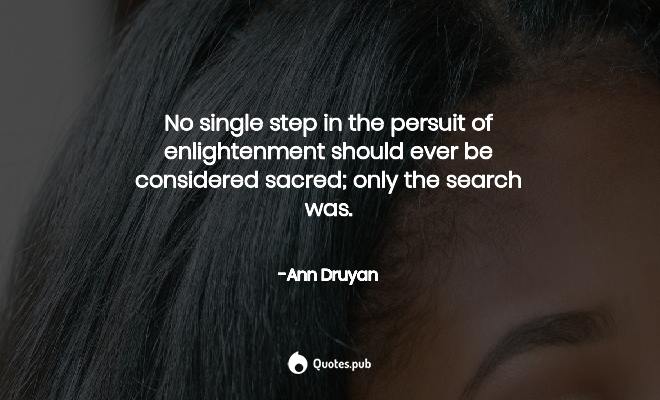 No single step in the persuit of enlightenment should ever be considered sacred; only the search was.