To speak only of food inspections: the United States currently imports 80% of its seafood, 32% of its fruits and nuts, 13% of its vegetables, and 10% of its meats. In 2007, these foods arrived in 25,000 shipments a day from about 100 countries. The FDA was able to inspect about 1% of these shipments, down from 8% in 1992. In contrast, the USDA is able to inspect 16% of the foods under its purview. By one assessment, the FDA has become so short-staffed that it would take the agency 1,900 years to inspect every foreign plant that exports food to the United States.

Food safety oversight is largely, but not exclusively, divided between two agencies, the FDA and the USDA. The USDA mostly oversees meat and poultry; the FDA mostly handles everything else, including pet food and animal feed. Although this division of responsibility means that the FDA . . . Read more 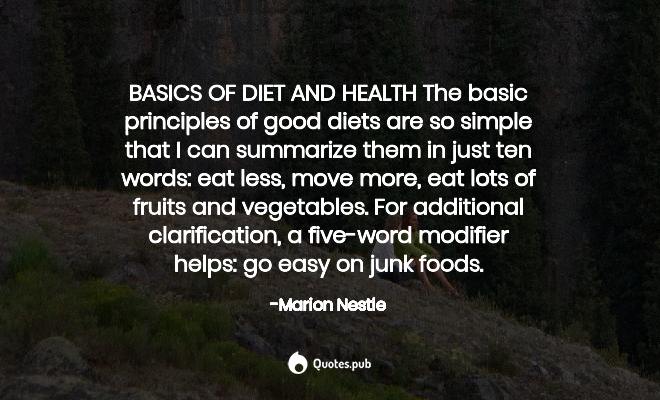 BASICS OF DIET AND HEALTH The basic principles of good diets are so simple that I can summarize them in just ten words: eat less, move more, eat lots of fruits and vegetables. For additional clarification, a five-word modifier helps: go easy on junk foods. 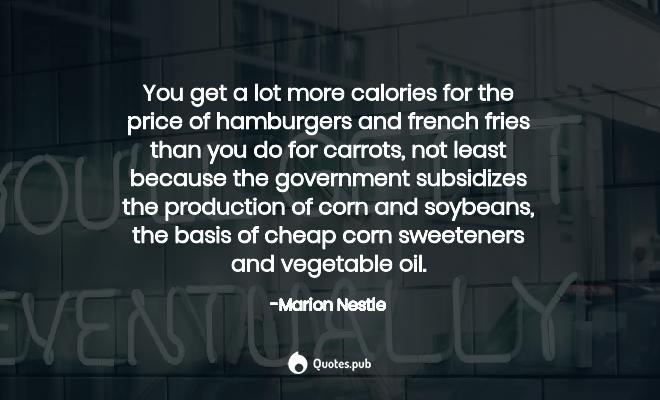 You get a lot more calories for the price of hamburgers and french fries than you do for carrots, not least because the government subsidizes the production of corn and soybeans, the basis of cheap corn sweeteners and vegetable oil. 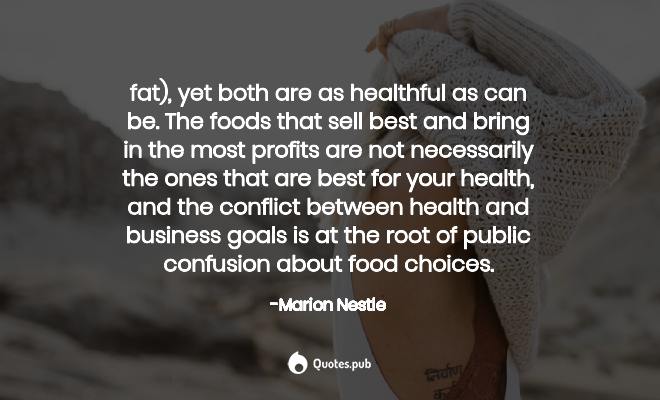 fat), yet both are as healthful as can be. The foods that sell best and bring in the most profits are not necessarily the ones that are best for your health, and the conflict between health and business goals is at the root of public confusion about food choices. 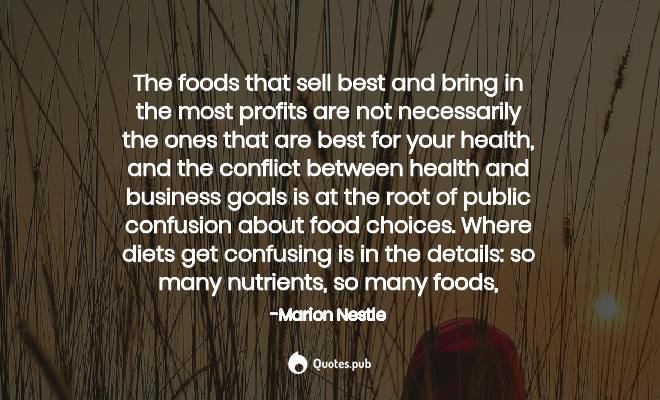 The foods that sell best and bring in the most profits are not necessarily the ones that are best for your health, and the conflict between health and business goals is at the root of public confusion about food choices. Where diets get confusing is in the details: so many nutrients, so many foods, 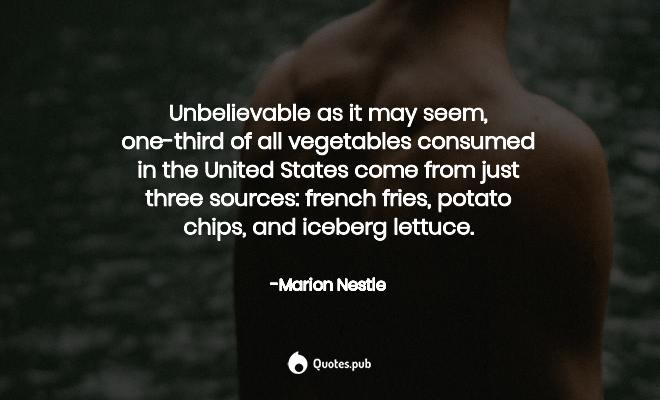 Unbelievable as it may seem, one-third of all vegetables consumed in the United States come from just three sources: french fries, potato chips, and iceberg lettuce. 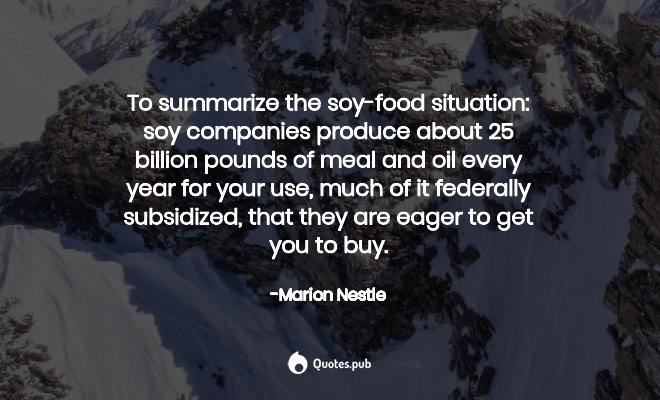 To summarize the soy-food situation: soy companies produce about 25 billion pounds of meal and oil every year for your use, much of it federally subsidized, that they are eager to get you to buy.

Download
This book exposes the ways in which food companies use political processes—entirely conventional and nearly always legal—to obtain government and professional support for the sale of their products. Its twofold purpose is to illuminate the extent to which the food industry determi . . . Read more