To be sure, in the case of such long episodes as the one we are considering, a purely syntactical connection with the principal theme would hardly have been possible; but a connection with it through perspective would have been all the easier had the content been arranged with that end in view; if, that is, the entire story of the scar had been presented as a recollection which awakens in Odysseus’ mind at this particular moment. It would have been perfectly easy to do; the story of the scar had only to be inserted two verses earlier, at the first mention of the word scar, where the motifs “Odysseus” and “recollection” were already at hand. But any such subjectivistic-perspectivistic procedure, creating a foreground and background, resulting in the present lying open to the depths of the past, is entirely foreign to the Homeric style; the Homeric style knows only a foreground, only a uniformly illuminated, uniformly objective present.

Topics : Mimesis: The Representation of Reality in Western Literature (New in Paperback) Quotes 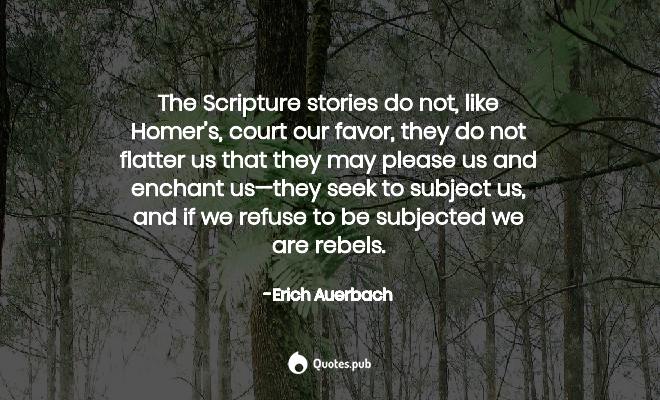 It was Plato who bridged the gap between poetry and philosophy; for, in his work, appearance, despised by his Eleatic and Sophist predecessors, became a reflected image of perfection. He set poets the task of writing philosophically, not only in the sense of giving instruction, but in . . . Read more 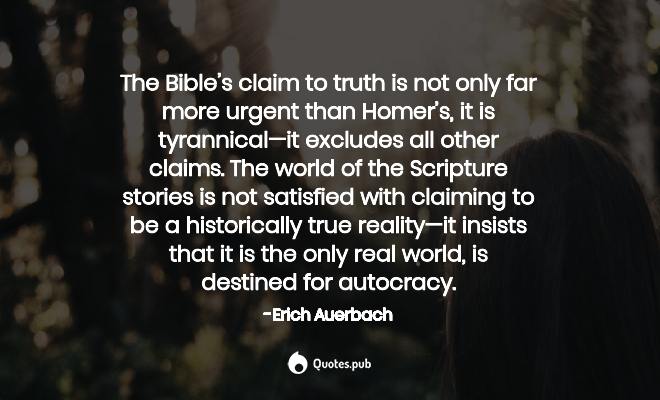 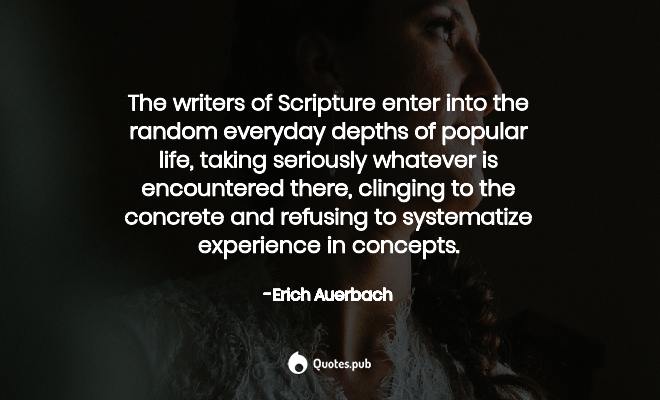 The effect, to be sure, is precisely that which they describe, and is, furthermore, the actual source of the conception of epic which they themselves hold, and with them all writers decisively influenced by classical antiquity. But the true cause of the impression of “retardation” . . . Read more