Some settlers began with no implements but an ax. In conversation, the subject of axes--their ideal weight, their proper helves--was more popular than politics or religion. A man who made good axes, who knew the secrets of tempering the steel and getting the center of gravity right, received the celebrity of an artist and might act accordingly. The best ax maker in southern Indiana was "a dissolute, drunken genius, named Richardson." Men who really knew how to chop became famous, too. An ax blow requires the same timing of weight shift and wrist action as a golf swing, and as in golf those who where good at it taught others; sometimes all the men in one district learned their stroke from the same axman extraordinaire. A good stroke had a "sweetness" similar to the sound of a well-struck golf or tennis ball, and gave a satisfaction which moved the work along. 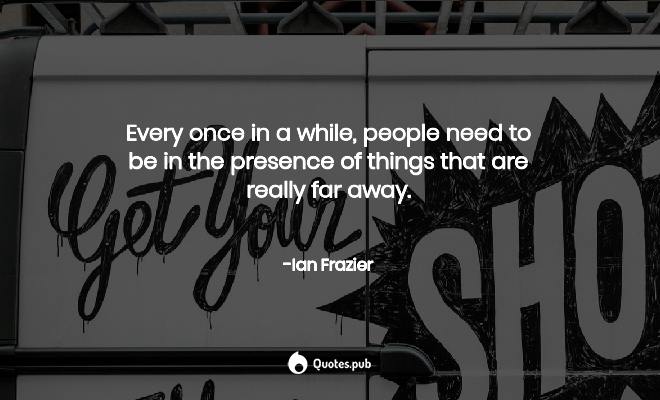 Every once in a while, people need to be in the presence of things that are really far away. 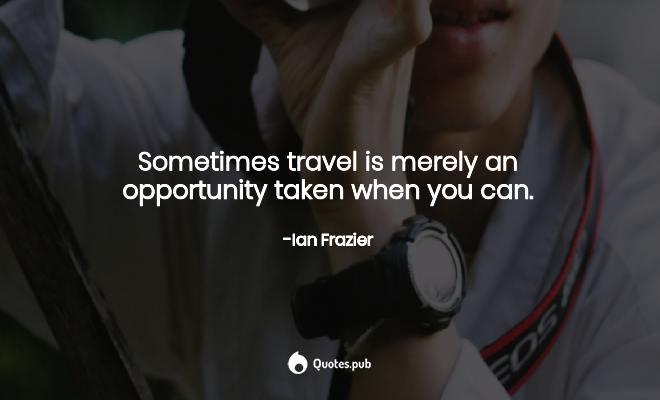 Sometimes travel is merely an opportunity taken when you can.

Download
America is a leap of the imagination. From its beginning, people had only a persistent idea of what a good country should be. The idea involved freedom, equality, justice, and the pursuit of happiness; nowadays most of us probably could not describe it a lot more clearly than that. Th . . . Read more 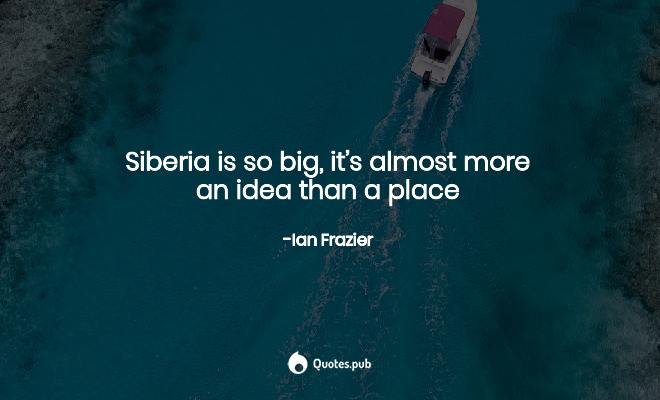 Siberia is so big, it’s almost more an idea than a place 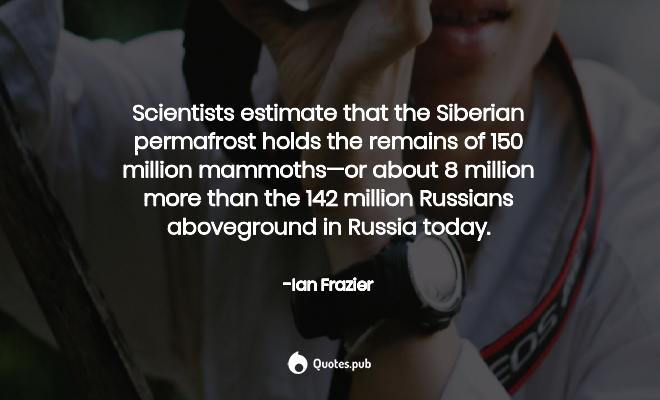 Scientists estimate that the Siberian permafrost holds the remains of 150 million mammoths—or about 8 million more than the 142 million Russians aboveground in Russia today. 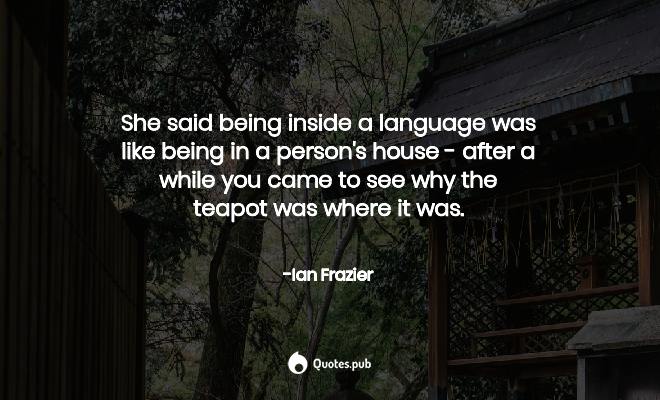 She said being inside a language was like being in a person's house - after a while you came to see why the teapot was where it was.

Download
It reflects like an optical instrument and responds to changes in the weather so sensitively that it seems like a part of the sky rather than of the land. And along with all that, Baikal is distinctly Asiatic: if a camel caravan could somehow transport Baikal across Siberia to Europe, . . . Read more 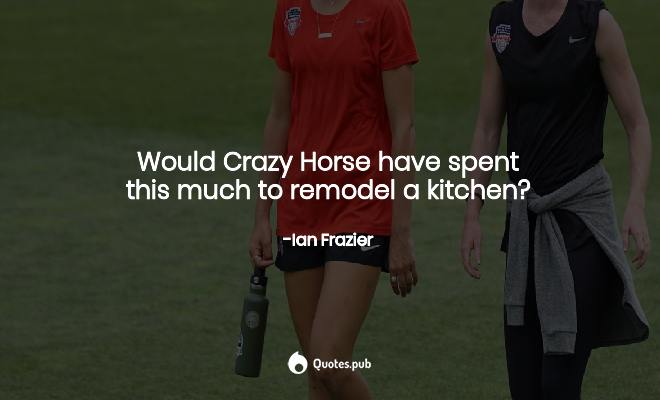 Would Crazy Horse have spent this much to remodel a kitchen?