She thanked them for their letters, promised that they would be archived at the Kennedy Library, and said all the usual niceties one might expect a widow in her position to say. Then she caught viewers off guard with an emotional and revealing statement. In the middle of her remarks, she paused and said: “All his bright light gone from the world.

Topics : &quot;The President Has Been Shot!&quot;: The Assassination of John F. Kennedy Quotes

She recognized that the assassination had transformed him into a hero too: 'Now, I think I should have known that he was magic all along- but I should have guessed that it would be too much to ask to grow old with [him] and see our children grow up together. So now, he is a legend whe . . . Read more 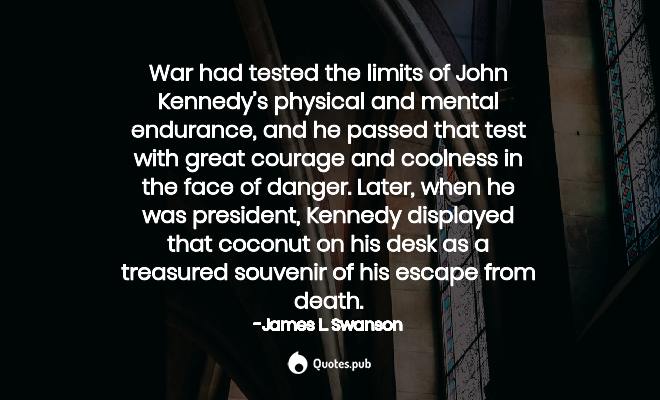 War had tested the limits of John Kennedy’s physical and mental endurance, and he passed that test with great courage and coolness in the face of danger. Later, when he was president, Kennedy displayed that coconut on his desk as a treasured souvenir of his escape from death. 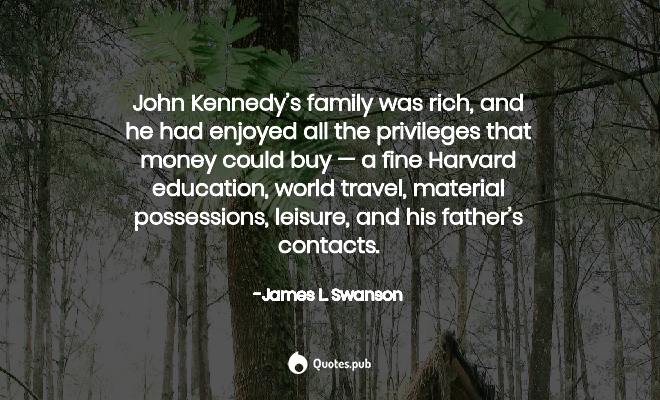 John Kennedy’s family was rich, and he had enjoyed all the privileges that money could buy — a fine Harvard education, world travel, material possessions, leisure, and his father’s contacts. 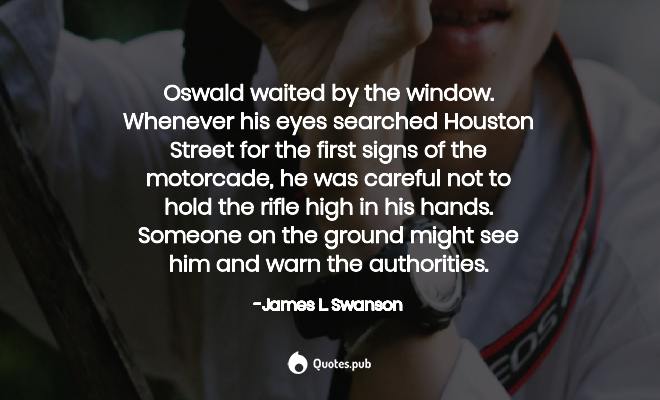 Oswald waited by the window. Whenever his eyes searched Houston Street for the first signs of the motorcade, he was careful not to hold the rifle high in his hands. Someone on the ground might see him and warn the authorities.

Download
But JFK would drive by during lunch hour, when the employees would vacate the upper floors and go down to eat or leave the building to watch as the president passed. By a little after noon, Oswald could expect to have the entire sixth floor to himself. But this advantage offered no gu . . . Read more 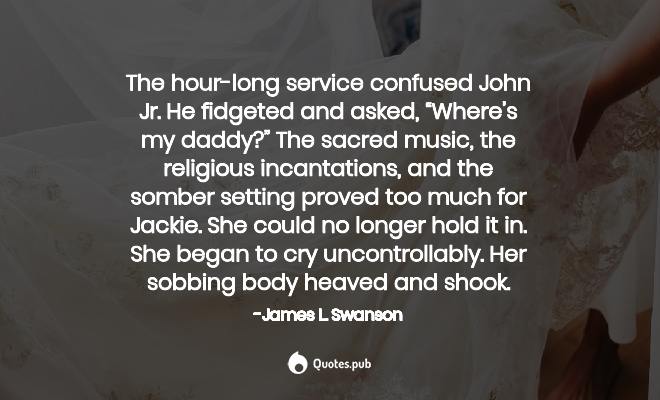 The hour-long service confused John Jr. He fidgeted and asked, “Where’s my daddy?” The sacred music, the religious incantations, and the somber setting proved too much for Jackie. She could no longer hold it in. She began to cry uncontrollably. Her sobbing body heaved and shook.