pg.90 of Philosophy in the Flesh: We are basing our argument on the existence of at least three stable scientific findings--the embodied mind, the cognitive unconscious, and metaphorical thought. Just as the ideas of cells and DNA in biology are stable and not likely to be found to be mistakes, so we believe that there is more than enough converging evidence to establish at least these three results. Ironically, these scientific results challenge the classical philosophical view of scientific realism, a disembodied objective scientific realism that can be characterized by the following three claims: 1. There is a world independent of our understanding of it. 2. We can have stable knowledge of it. 3. Our very concepts and forms of reason are characterized not by our bodies and brains, but by the external world in itself. It follows that scientific truths are not merely truths as we understand them, but absolute truths. Obiviously, we accept (1) and (2) and we believe that (2) applies to the three findings of cognitive science we are discussing on the basis of converging evidence. But those findings themselves contradict (3). 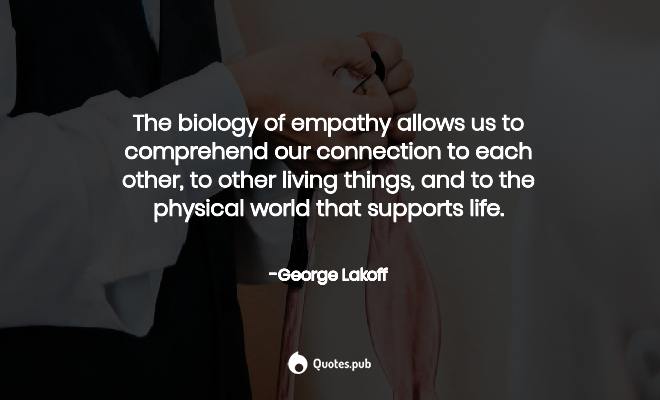 The biology of empathy allows us to comprehend our connection to each other, to other living things, and to the physical world that supports life. 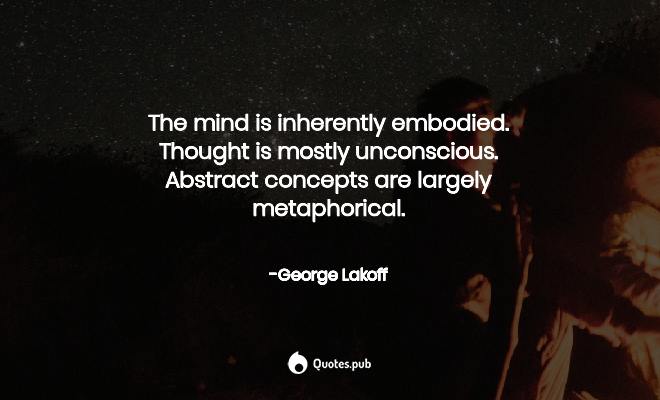 The mind is inherently embodied.Thought is mostly unconscious.Abstract concepts are largely metaphorical.

Download
Another example of how a metaphor can create new meaning for us came about by accident. An Iranian student, shortly after his arrival in Berkeley, took a seminar on metaphor from one of us. Among the wondrous things that he found in Berkeley was an expression that he heard over and ov . . . Read more 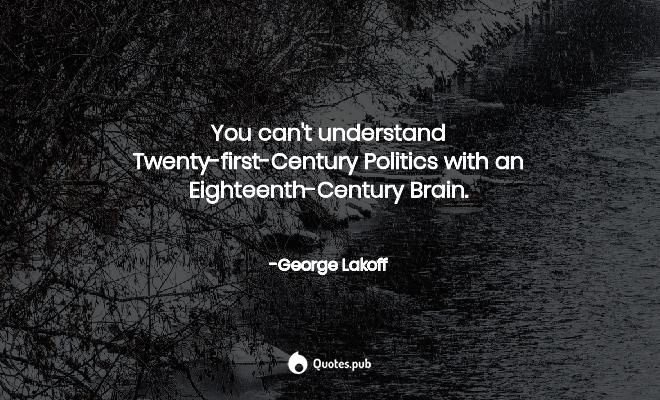 You can't understand Twenty-first-Century Politics with an Eighteenth-Century Brain. 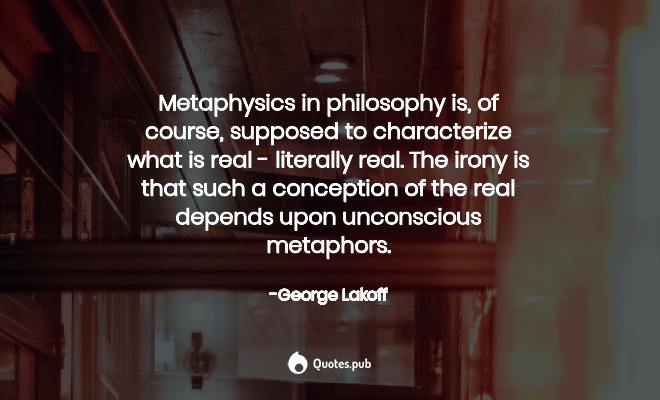 Metaphysics in philosophy is, of course, supposed to characterize what is real - literally real. The irony is that such a conception of the real depends upon unconscious metaphors.

Download
In philosophy, metaphorical pluralism is the norm. Our most important abstract philosophical concepts, including time, causation, morality, and the mind, are all conceptualized by multiple metaphors, sometimes as many as two dozen. What each philosophical theory typically does is to c . . . Read more 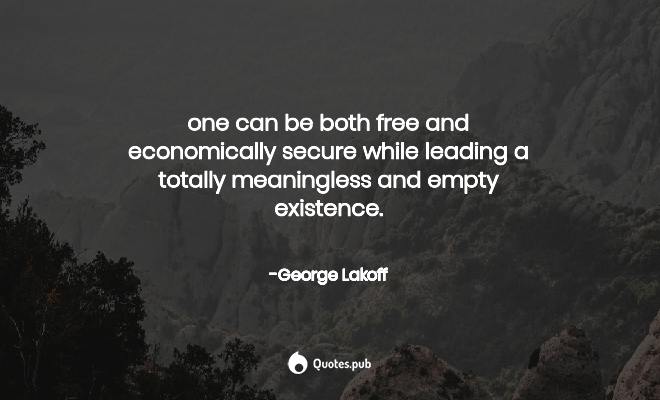 one can be both free and economically secure while leading a totally meaningless and empty existence. The Hunger Games Books in Order