Nazi aggression, one might think, should have lent support to Winston’s candidacy. At this, of all times, it seems inconceivable that Baldwin would pick a weak man to supervise the defense of England. Nevertheless, that was what he did. Baldwin said outright: “If I pick Winston, Hitler will be cross.” In his biography of Chamberlain, Keith Feiling writes that the Rhineland was “decisive against Winston’s appointment”; it was “obvious that Hitler would not like it.” As the prime minister’s heir apparent, Chamberlain encouraged Baldwin to think along these lines. He suggested that Baldwin choose a man “who would excite no enthusiasm” and “create no jealousies.” The prime minister agreed. On Saturday, March 14—exactly a week since German troops had crossed the Rhine—he announced that he was establishing, not a ministry of defense, but a ministry for coordination of defense. Its leader, the new cabinet member, would be Sir Thomas Inskip. 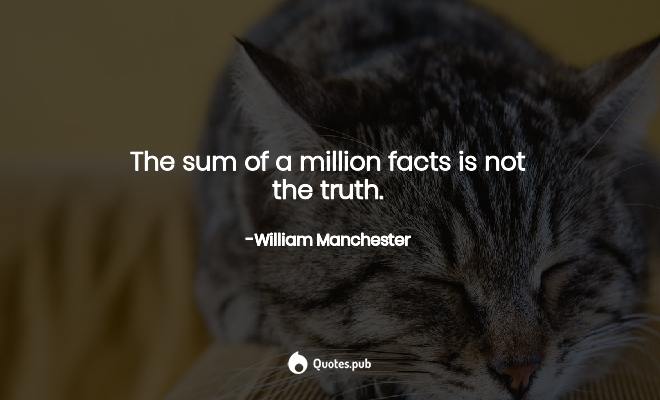 The sum of a million facts is not the truth.

Download
He was a thundering paradox of a man, noble and ignoble, inspiring and outrageous, arrogant and shy, the best of me and the worst of men, the most protean, most ridiculous, and most sublime. No more baffling, exasperating soldier ever wore a uniform. Flamboyant, imperious, and apocaly . . . Read more 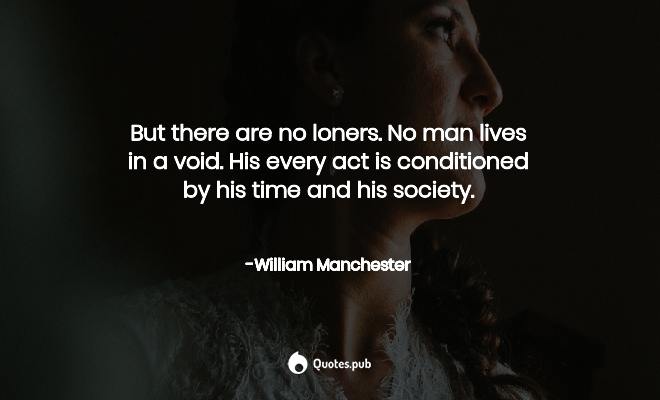 But there are no loners. No man lives in a void. His every act is conditioned by his time and his society. 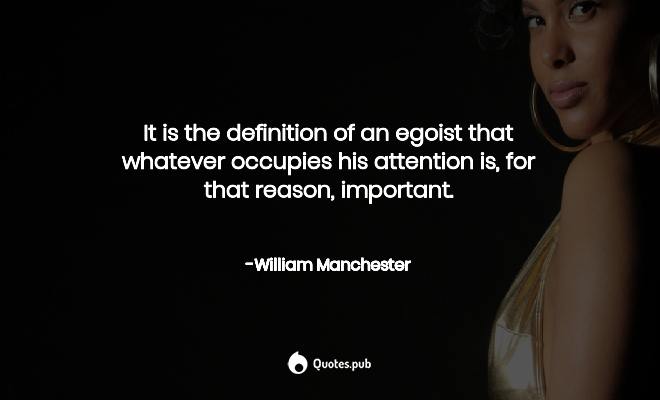 It is the definition of an egoist that whatever occupies his attention is, for that reason, important. 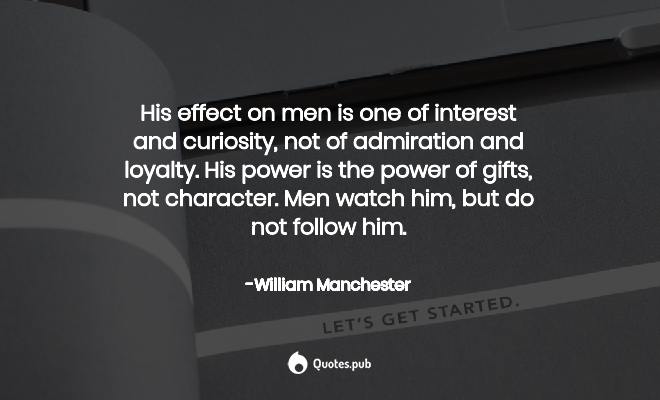 His effect on men is one of interest and curiosity, not of admiration and loyalty. His power is the power of gifts, not character. Men watch him, but do not follow him. 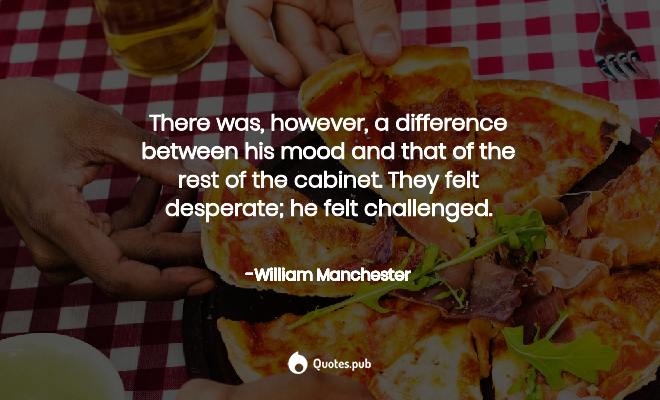 There was, however, a difference between his mood and that of the rest of the cabinet. They felt desperate; he felt challenged. 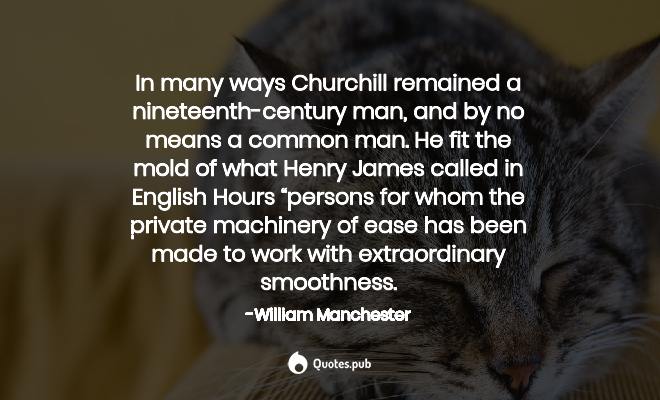 In many ways Churchill remained a nineteenth-century man, and by no means a common man. He fit the mold of what Henry James called in English Hours “persons for whom the private machinery of ease has been made to work with extraordinary smoothness. 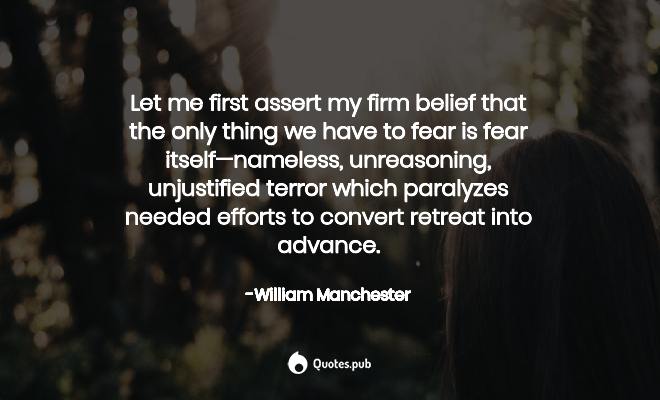 Let me first assert my firm belief that the only thing we have to fear is fear itself—nameless, unreasoning, unjustified terror which paralyzes needed efforts to convert retreat into advance.