Like a great fool, I went ashore with them, and they gave me some cursed stuff they called gin, - such blasphemy I never heard! At first when they told me they had set up a great distillery of gin, I thought them very useful, clever, good men; for you know, captain, any nation might be converted by hollands; -but this was the unchristianest beastliest liquor I ever tasted, and it made me - as I feel now. Yet the foolish, idiot-people of the island think it very good, because it makes them mad-drunk, and they believe Heaven sent it; but it made me believe the devil had got amongst them. 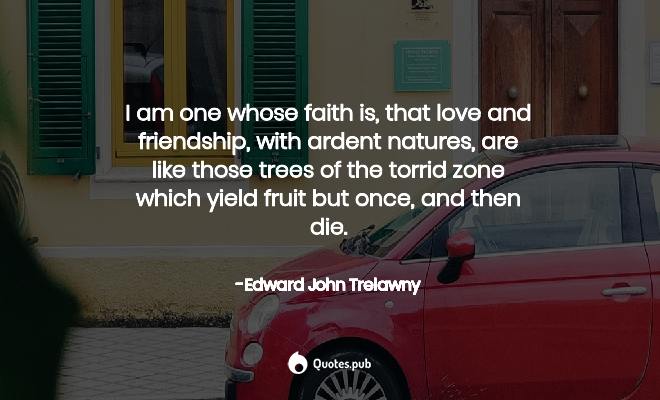 I am one whose faith is, that love and friendship, with ardent natures, are like those trees of the torrid zone which yield fruit but once, and then die. 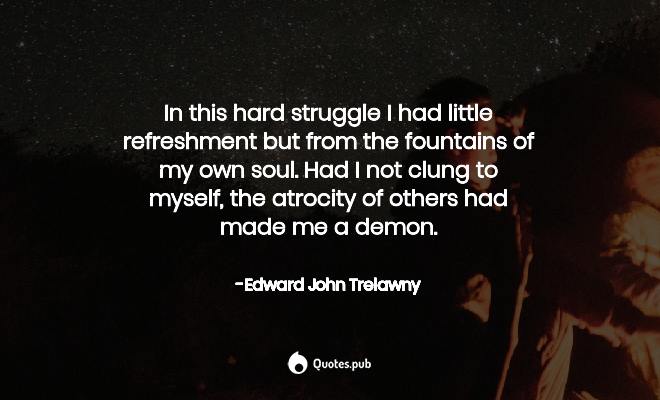 In this hard struggle I had little refreshment but from the fountains of my own soul. Had I not clung to myself, the atrocity of others had made me a demon. 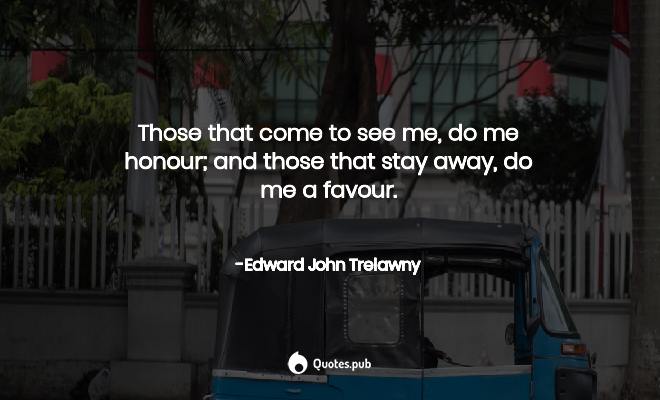 Those that come to see me, do me honour; and those that stay away, do me a favour.

Download
Let me, however, although no verbal critic, protest against the profanation of the word friend. In this my history I must be honest, make a distinction between the oriental diamond and its worthless imitation of paste, and separate the grain from the chaff — gossamer words, that wei . . . Read more 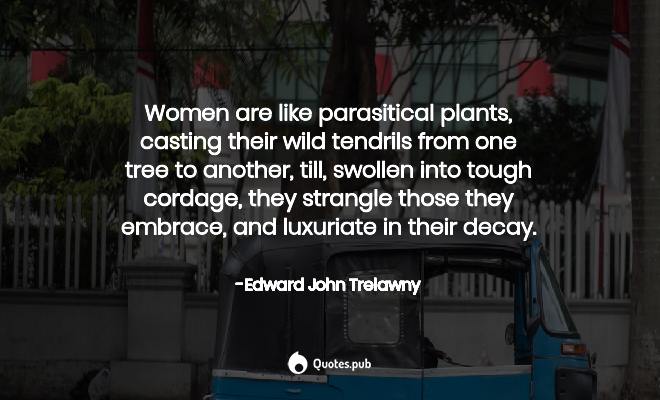 Women are like parasitical plants, casting their wild tendrils from one tree to another, till, swollen into tough cordage, they strangle those they embrace, and luxuriate in their decay.

Download
He is smitten on the brain, -he reads and writes verses! I caught him in the act! Fools might say he was inspired; but I know it is the first and worst symptom of lunacy. All other maniacs have lucid intervals; some are curable; but the madness of poets, dogs, and musicians, is past h . . . Read more 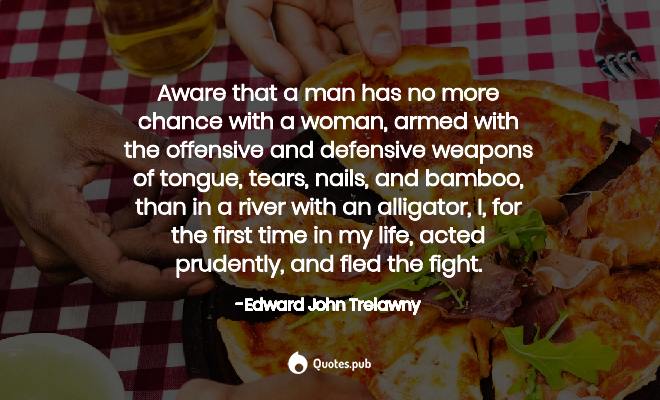 Aware that a man has no more chance with a woman, armed with the offensive and defensive weapons of tongue, tears, nails, and bamboo, than in a river with an alligator, I, for the first time in my life, acted prudently, and fled the fight. 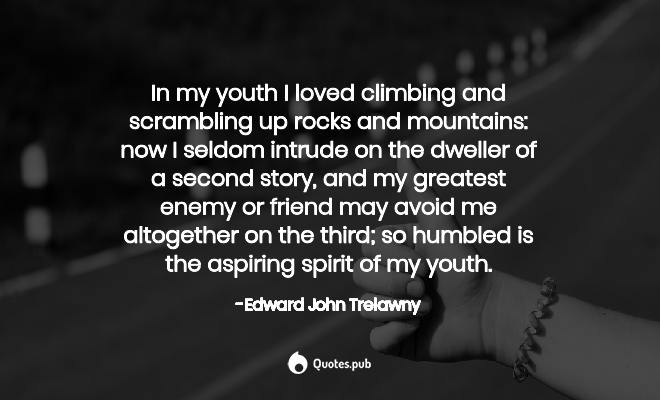 In my youth I loved climbing and scrambling up rocks and mountains: now I seldom intrude on the dweller of a second story, and my greatest enemy or friend may avoid me altogether on the third; so humbled is the aspiring spirit of my youth.