In this atmosphere of general discouragement, it is tempting to attack something that is sufficiently linked to the powers-that-be so as not to appear very sympathetic, but sufficiently weak to be a more-or-less accessible target (since the concentration of power and money are beyond reach). Science fulfills these conditions, and this partly explains the attacks against it.

Each religion makes scores of purportedly factual assertions about everything from the creation of the universe to the afterlife. But on what grounds can believers presume to know that these assertions are true? The reasons they give are various, but the ultimate justification for mos . . . Read more 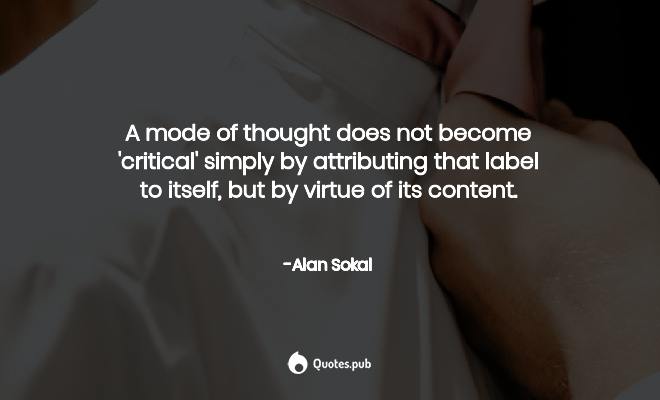 A mode of thought does not become 'critical' simply by attributing that label to itself, but by virtue of its content. The relativists’ stance is extremely condescending: it treats a complex society as a monolith, obscures the conflicts within it, and takes its most obscurantist factions as spokespeople for the whole.

Download
Thus, by science I mean, first of all, a worldview giving primacy to reason and observation and a methodology aimed at acquiring accurate knowledge of the natural and social world. This methodology is characterized, above all else, by the critical spirit: namely, the commitment to the . . . Read more

We have seen in this book numerous ambiguous texts that can be interpreted in two different ways: as an assertion that is true but relatively banal, or as one that is radical but manifestly false. And we cannot help thinking that, in many cases, these ambiguities are deliberate. Indee . . . Read more 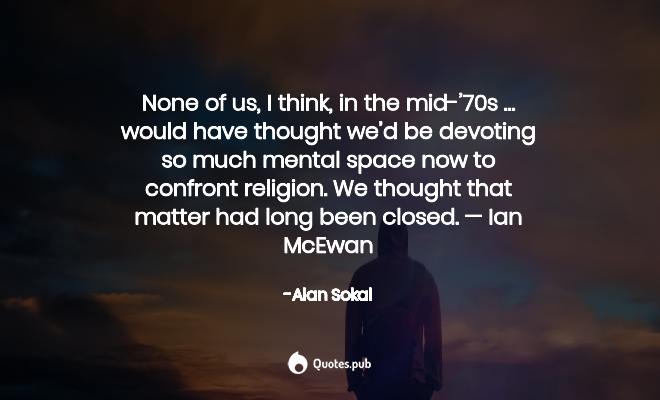 None of us, I think, in the mid-’70s … would have thought we’d be devoting so much mental space now to confront religion. We thought that matter had long been closed. — Ian McEwan