In 2004 our forty-second president, George W. Bush, the leader of the free world, proposed an amendment to the U.S. Constitution to forever ban gay marriage--which was already illegal. In opinion polls, about 50 percent of this country said they thought Bush had the right idea. If half this country feels so threatened by two people of the same gender being in love and having sex (and, incidentally, enjoying equal protection under the law), that they turn their attention--during wartime--to blocking rights already denied to homosexuals, then all the cardio striptease classes in the world aren't going to render us sexually liberated. 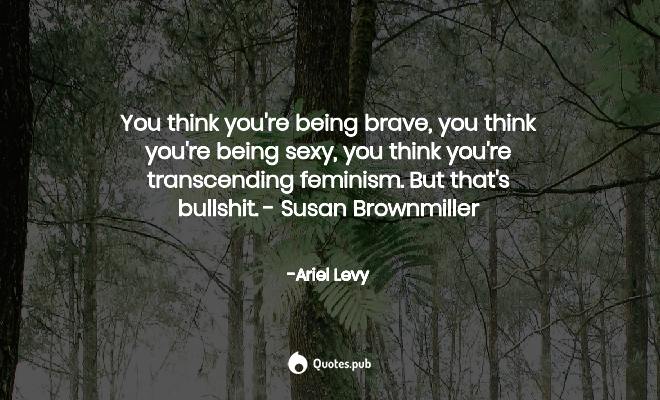 Download
Women's liberation and empowerment are terms feminists started using to talk about casting off the limitations imposed upon women and demanding equality. We have perverted these words. The freedom to be sexually provocative or promiscuous is not enough freedom; it is not the only 'wom . . . Read more

Sex is one of the most interesting things we as humans have to play with, and we've reduced it to polyester underpants and implants. We are selling ourselves unbelievably short. 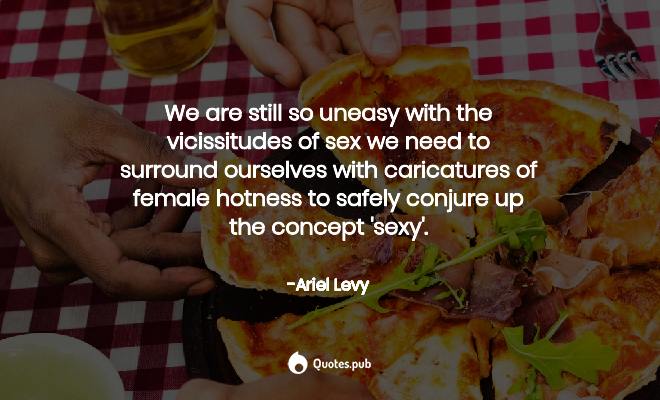 We are still so uneasy with the vicissitudes of sex we need to surround ourselves with caricatures of female hotness to safely conjure up the concept 'sexy'.

Download
But I would be happier if my daughter and her friends were crashing through the glass ceiling instead of the sexual ceiling,' Jong continued. 'Being able to have an orgasm with a man you don't love or having Sex and the City on television, that is not liberation. If you start to think . . . Read more 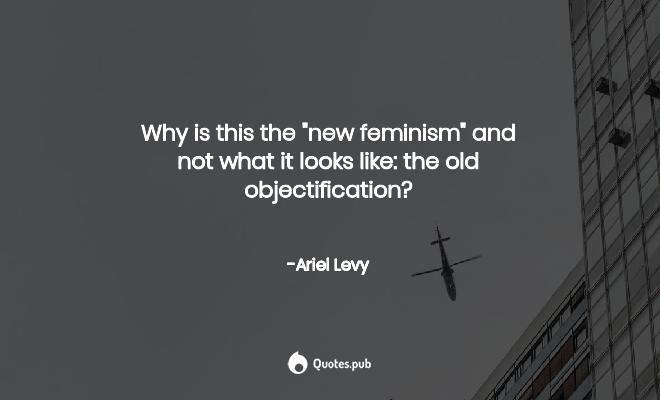 Why is this the "new feminism" and not what it looks like: the old objectification?

Download
There are some women who are probably genuinely aroused by the idea of being photographed naked. But I think we can safely assume that many more women appear in Playboy for the simple reason that they are paid to. Which is fine. But 'because I was paid to' is not the same thing as 'I' . . . Read more 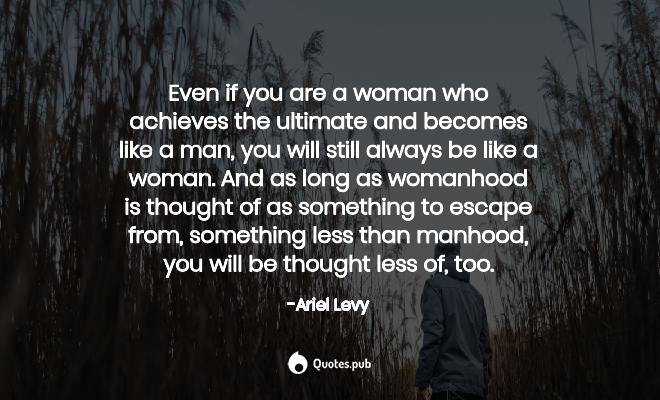 Even if you are a woman who achieves the ultimate and becomes like a man, you will still always be like a woman. And as long as womanhood is thought of as something to escape from, something less than manhood, you will be thought less of, too.