Before World War II, when physics was primarily a European enterprise, physicists used the Greek language to name particles. Photon, electron, meson, baryon, lepton, and even hadron originated from the Greek. But later brash, irreverent, and sometimes silly Americans took over, and the names lightened up. Quark is a nonsense word from James Joyce’s Finnegan’s Wake, but from that literary high point, things went downhill. The distinctions between the different quark types are referred to by the singularly inappropriate term flavor. We might have spoken of chocolate, strawberry, vanilla, pistachio, cherry, and mint chocolate chip quarks but we don’t. The six flavors of quarks are up, down, strange, charmed, bottom, and top. At one point, bottom and top were considered too risqué, so for a brief time they became truth and beauty.

Topics : The Black Hole War: My Battle with Stephen Hawking to Make the World Safe for Quantum Mechanics Quotes

There is a philosophy that says that if something is unobservable -- unobservable in principle -- it is not part of science. If there is no way to falsify or confirm a hypothesis, it belongs to the realm of metaphysical speculation, together with astrology and spiritualism. By that st . . . Read more 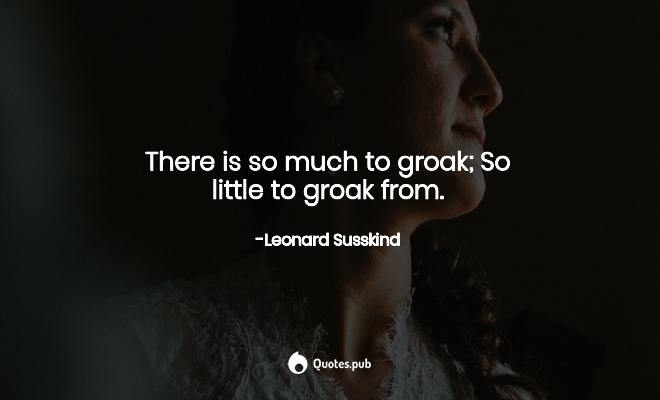 There is so much to groak; So little to groak from. 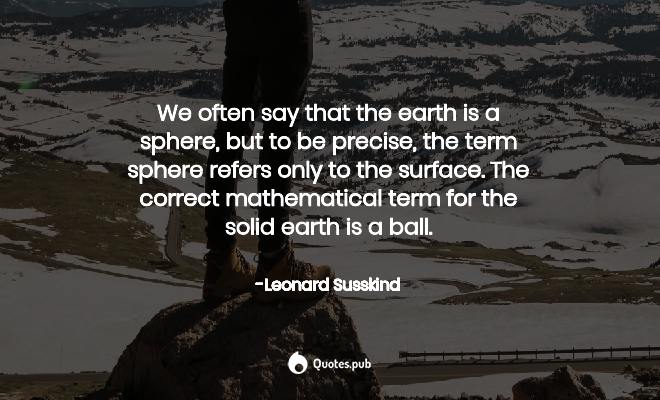 We often say that the earth is a sphere, but to be precise, the term sphere refers only to the surface. The correct mathematical term for the solid earth is a ball. 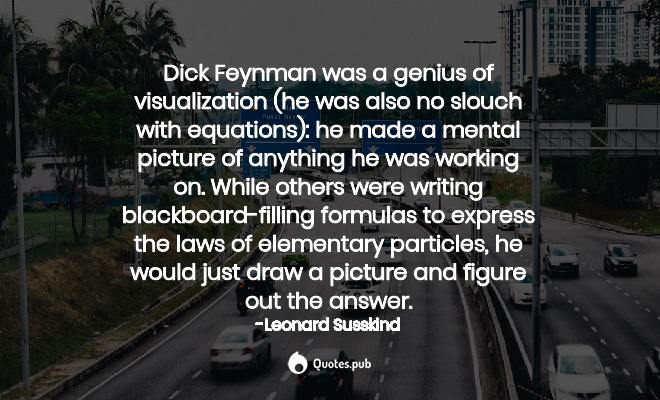 Dick Feynman was a genius of visualization (he was also no slouch with equations): he made a mental picture of anything he was working on. While others were writing blackboard-filling formulas to express the laws of elementary particles, he would just draw a picture and figure out the answer. 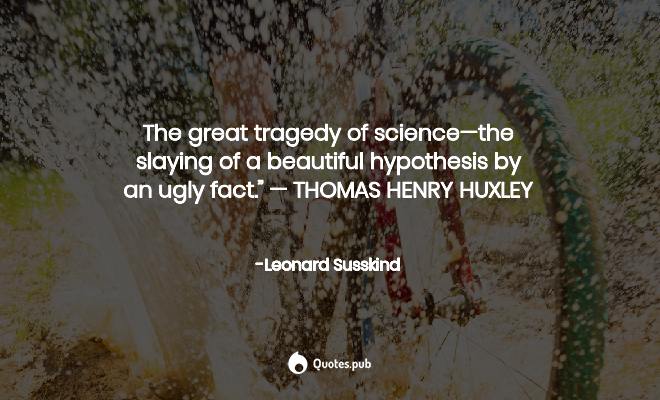 The great tragedy of science—the slaying of a beautiful hypothesis by an ugly fact.” — THOMAS HENRY HUXLEY 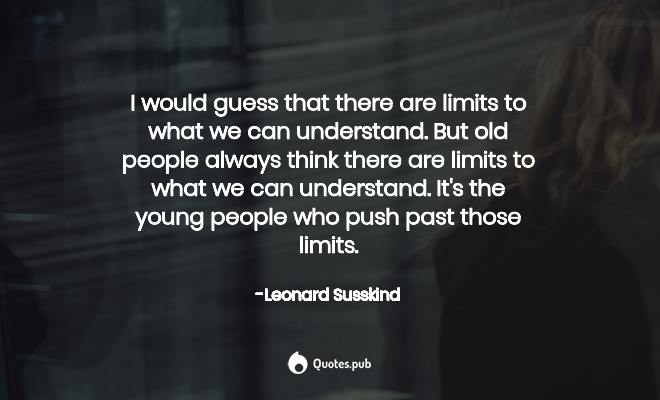 Download
the three-dimensional world of ordinary experience—the universe filled with galaxies, stars, planets, houses, boulders, and people—is a hologram, an image of reality coded on a distant two-dimensional surface. This new law of physics, known as the Holographic Principle, asserts th . . . Read more 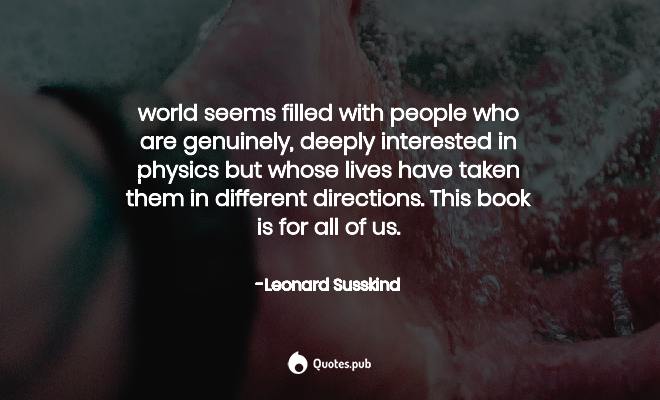 world seems filled with people who are genuinely, deeply interested in physics but whose lives have taken them in different directions. This book is for all of us.