A man once asked me ... how I managed in my books to write such natural conversation between men when they were by themselves. Was I, by any chance, a member of a large, mixed family with a lot of male friends? I replied that, on the contrary, I was an only child and had practically never seen or spoken to any men of my own age till I was about twenty-five. "Well," said the man, "I shouldn't have expected a woman (meaning me) to have been able to make it so convincing." I replied that I had coped with this difficult problem by making my men talk, as far as possible, like ordinary human beings. This aspect of the matter seemed to surprise the other speaker; he said no more, but took it away to chew it over. One of these days it may quite likely occur to him that women, as well as men, when left to themselves, talk very much like human beings also. 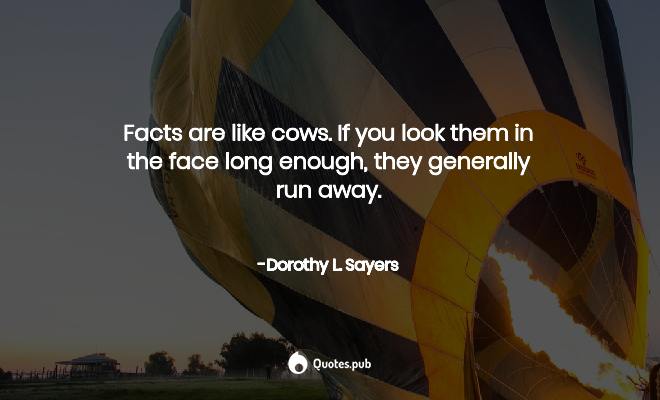 Facts are like cows. If you look them in the face long enough, they generally run away. 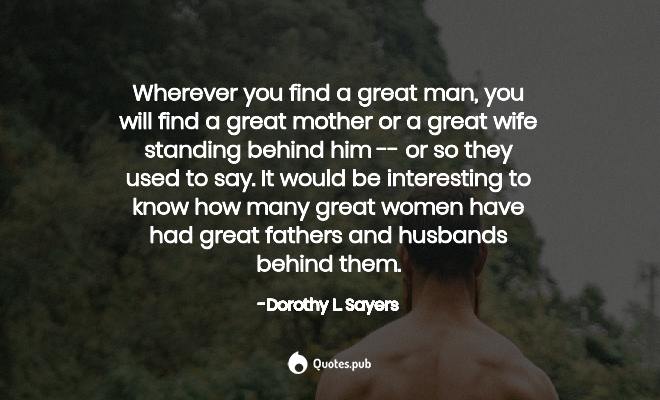 Wherever you find a great man, you will find a great mother or a great wife standing behind him -- or so they used to say. It would be interesting to know how many great women have had great fathers and husbands behind them. 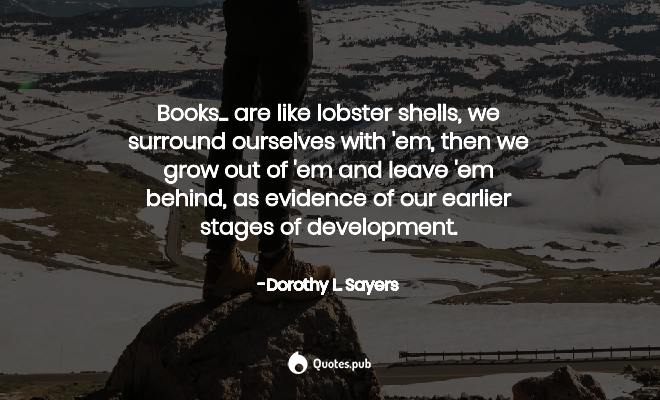 Books... are like lobster shells, we surround ourselves with 'em, then we grow out of 'em and leave 'em behind, as evidence of our earlier stages of development. 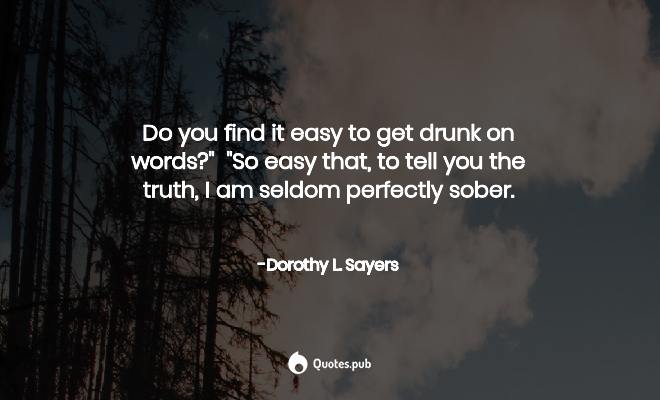 Do you find it easy to get drunk on words?""So easy that, to tell you the truth, I am seldom perfectly sober. 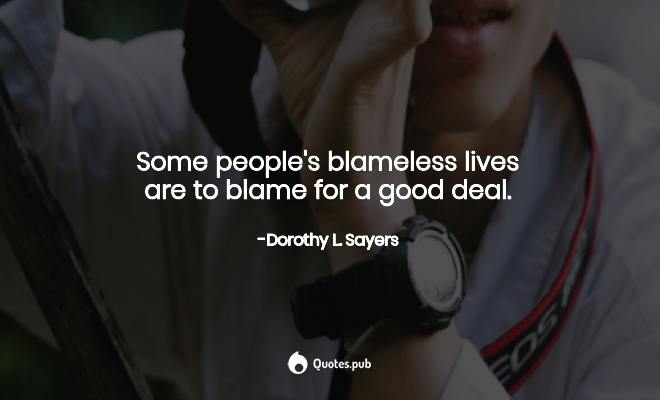 Some people's blameless lives are to blame for a good deal.

Download
In reaction against the age-old slogan, "woman is the weaker vessel," or the still more offensive, "woman is a divine creature," we have, I think, allowed ourselves to drift into asserting that "a woman is as good as a man," without always pausing to think what exactly we mean by that . . . Read more 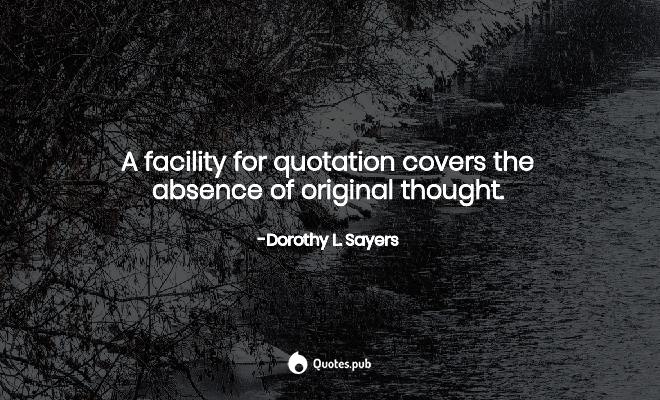 A facility for quotation covers the absence of original thought.